How To Sex A Snake: The Only Guide You Need

Figuring out how to sex a snake is something that many owners struggle with. There are many different techniques you can use, but not all of them are viable (depending on the situation).

To make this process a little easier, we put together this helpful guide that lists all of the different methods you can use to tell the gender of your snake. Not only that, but we also go over the situations where one option might be better than another!

Why It’s Important To Know The Gender Of Your Snake

In many cases, the difference between having a male or female snake isn’t that significant. However, if you are trying to breed snakes, you’ll definitely want to be able to tell the males apart from the females.

Once you are ready to sell your bred snakes, you’ll also want to be able to determine their gender before you sell. This is because you can typically sell female snakes for more money than male snakes. Female snakes are seen as more valuable because they are able to have babies!

But there’s another good reason why you should learn how to sex a snake:

If you want to house two snakes in the same terrarium and don’t want them to breed, you’ll want to be able to determine that both snakes are of the same sex. This isn’t something that’s done very often with snakes, but it’s necessary if you want to give it a shot.

How To Tell If Your Snake Is Male Or Female

There are several methods you can use when sexing a snake, and some are more reliable than others.

Learning how to sex a snake reliably and accurately requires you to take the situation into account. This is where having more than one option at your disposal will come in handy!

1. Factor In Their General Appearance

Sometimes you can visually determine the gender of a snake based on their physical appearance.

Expert Tip: It’s worth pointing out that not all species of snakes display gender-specific differences in appearance, but it is an option if you have a species that does.

If you happen to have a species that exhibits sexual dimorphism, this can make it really easy to tell if your snake is a male or a female.

You may be able to tell what gender your snake is by the shape of their tail.

Male snakes have reproductive organs called hemipenes. The hemipenes are tubular-shaped organs that sit inside the snake’s body just below the cloacal opening. As a result, a male snake’s tail is usually thicker and longer than a female’s.

While tail differences can easily be seen when a male and female snake are side by side, it can be difficult to determine the gender of a single snake by their tail, especially for beginners. It can also be challenging to sex a snake using this method when they’re quite young.

4. Use The Probing Technique

For this method, you will need a special tool called a snake probe. Make sure you have the appropriate-sized probe before you begin, since a probe that is too big can injure your snake. You can purchase snake probe kits with several probes of varying sizes in pet stores or online (below is one that we like). 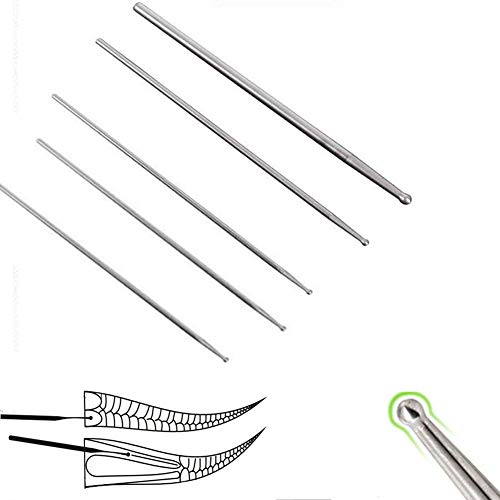 Expert Tip: Don’t use any other metal instrument to probe your snake. Snake probes are specifically designed for this purpose. They have rounded or ball tips that won’t hurt your pet.

It’s also a good idea to have another person present to hold your snake while you probe them. You’ll be performing this procedure on your snake when they are awake, and they typically don’t cooperate.

To perform this procedure, sanitize and lubricate the probe before inserting it into your snake’s cloacal opening on the right or left side, aiming towards the tip of the tail. You should not need to exert much pressure when probing your snake. Once you have determined the gender of your snake, gently and slowly pull the probe out.

It’s not advisable for beginner caretakers to use this procedure to determine a snake’s gender. If you have never probed a snake before, it’s best to have an experienced owner or breeder show you how to do it properly. Using too much pressure or inserting the probe at the wrong angle can injure your snake.

Popping is a way to sex your snake that should only be performed by an experienced owner. That’s because popping can cause serious harm if done incorrectly.

Popping is a method most recommended for young and small snakes. Larger and older snakes typically have enough muscle tone to hold their hemipenes inside.

Popping is done by using a finger to place firm but gentle pressure about three-fourths of the way down the tail on the belly side of the snake. Without releasing the pressure, you slide your finger upward toward the snake’s cloaca. If you have a male snake and the procedure is done correctly, one of both of the hemipenes will pop out of the cloaca. Hemipenes appear as reddish tubes.

If nothing pops out of the cloaca using this method, it doesn’t necessarily mean that you have a female snake. The pressure used simply may not have been enough to pop the hemipenes out.

Again, this method is not ideal because it can cause injury to your snake if it’s done incorrectly. Some experienced owners and breeders have great success with it, but if you’re not familiar with this technique then it’s something you should avoid.

Without a doubt, an ultrasound is the most reliable way to figure out if your snake is a male or a female. Though an ultrasound may be over-the-top for hobby breeders or keepers, this method is often used in animal parks, zoos, and conservation breeding programs.

An ultrasound is not only useful in determining a snake’s gender, this procedure allows veterinarians to see if a female snake is developing egg follicles. If this is the case, an ultrasound will also allow them to see how far along they are. This information is invaluable to breeders. With this information, breeders can determine the optimal time to begin the mating process.

Expert Tip: Some breeders choose to invest in an ultrasound machine. However, you can take your snake to a local exotic veterinarian for the procedure.

Most of the time, an ultrasound can be done while restraining the snake. However, if the snake is especially large or dangerous, a veterinarian may choose to use sedation or general anesthesia for the procedure.

Once you know how to sex a snake there are other aspects of care that become much easier. And if you’re interested in breeding, this skill is a must!

As you can tell, most methods to tell the gender of a snake depend on the situation. Sometimes inspecting them visually can be all you need, but other times you’ll need an ultrasound to be 100% sure.

Take that into account when trying to determine if your snake is a male or female. And always prioritize their health and safety over anything else.

If you have any questions about this process just send them over! We’re more than happy to help. 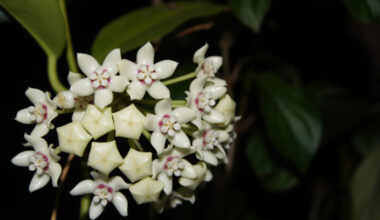 Read More
As surprising as it might seem, there are a number of safe plants for bearded dragons. You can…
RResources 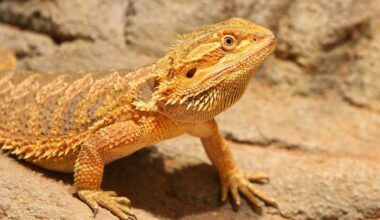 Read More
If you’re considering getting a bearded dragon as a pet, you likely have a number of questions. These…