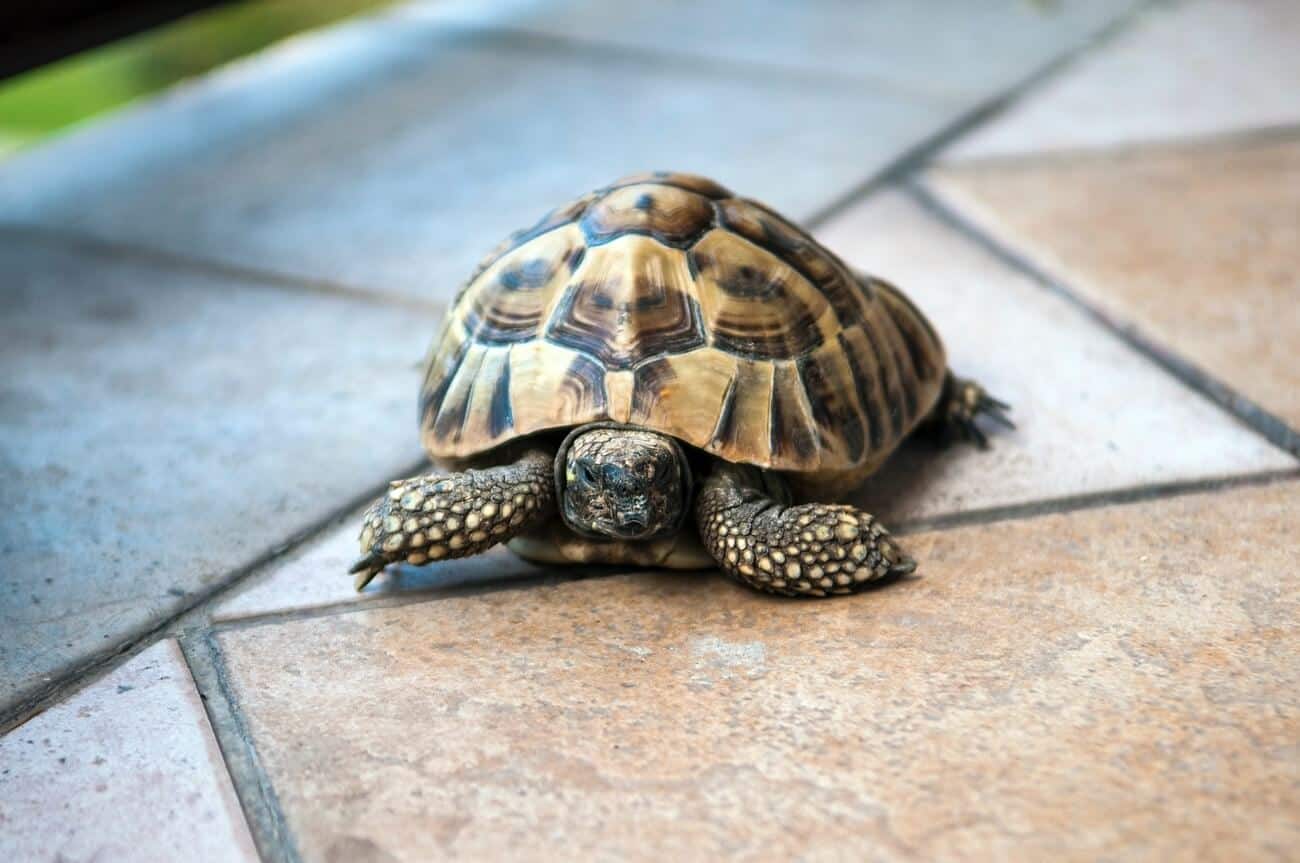 Having to deal with turtle shell rot can be very scary and distressing (for both you and your pet). It’s not a pleasant thing to have to deal with!

But despite this, there are still many turtle owners who aren’t prepared to combat shell rot if it occurs!

It’s not something that’s talked about in care guides, and you’ll basically never get any advice from your local pet store on it (unless you ask). This has led to a lot of beginning turtle owners not being equipped to deal with shell rot.

And that’s why we created this guide.

It will teach you everything there is to know about turtle shell rot. You’ll learn about symptoms, causes, treatments, and when to take your turtle into the vet.

By the time you’re done reading this, you’ll be able to keep your little critters safe and healthy!

Turtle shell rot is also known in veterinary circles as ulcerative shell disease. It’s a generic term for a common infection that can appear in either the top half of the shell (known as the carapace) or the bottom half (known as the plastron).

Symptoms of shell rot are generally more conspicuous in wild turtles than turtles in captivity. Wild turtles appear dehydrated and in generally poor body condition. The shell can be covered in moss and emit an unpleasant odor or a discharge, sometimes bloody.

The symptoms of shell rot in pet turtles tend to be more subtle.

You might see a reddish fluid under the shell plates, a slimy layer on the shell or softening, lifting, or flaking plates. The shell might be easily damaged and emit a foul-smelling odor as well.

As the disease progresses, small pits form just under the surface of the shell, giving it the appearance that something has been eating away at it. As the condition progresses even further, the shell will begin to appear uneven.

In very serious cases entire shell plates may even fall off, exposing the nerves and bone underneath.

If a turtle is experiencing only a mild case of shell rot, the animal may not even appear to be ill and will remain active, eat well, and have clear eyes. Only small areas of the shell will be affected, and the lesions will be dry and shallow.

There also will be no soft areas or pus discharge. In addition, the pits or lesions may contain a white crusty deposit that’s difficult to distinguish from the rest of the shell.

How Dangerous Is It?

Turtle shell rot can lead to pathogens like bacteria or fungus attacking the living tissue beneath the hard outer layer of the shell. In aquatic species, algae that attach to the turtle’s shell can also lead to the condition.

If left untreated, abscesses can worsen and persist for several years, resulting in substantial tissue damage.

Shell rot can lead to a serious disease known as septicemic cutaneous ulcerative disease )or SCUD).

There are several causes of turtle shell rot, with one of the most common being shell damage.

This can result from many different types of injuries. Turtles can damage their shells fighting with one another, and males especially can be aggressive both toward females and other males. Such fighting might result in shell rot developing at the site of the damage or tail.

Shell damage can show up if there’s any cracks the shell too. This can be caused by suboptimal temperature and humidity conditions in the enclosure (make sure it’s not normal shell shedding before taking action).

However, it’s important to remember that all turtles, even aquatic species, need some space to occasionally climb out of the water to dry.

Don’t forget to keep a watch out for sharp objects in the turtle’s enclosure as well. Some of the items designed for hiding and climbing may have sharp edges that could potentially damage the animal’s shell.

Another cause of shell damage is a dirty environment. Clean the water often, including the drinking water.

Also, keep the water filtered if you have an aquatic species like a Red-eared slider. Aquatic turtles tend to have softer shells, making them more susceptible to this condition.

In addition, soiled or moldy bedding can contribute to bacterial or fungal shell rot, so it’s vital to keep that clean as well.

Expert Tip: Also don’t forget the possibility that ticks that can bite away at your turtle and injure it, allowing for pathogens to enter the injured area.

How To Treat It At Home

If your turtle’s case of shell rot is only minor, you might be able to treat it at home.

1. First, you need to determine what’s causing the condition and address the root cause of the issue.

For example, clean dirty/cloudy water, remove sharp objects from the enclosure and make sure your turtle has an area to climb out of the water to dry. If you observe turtles fighting, place them in separate habitats.

2. Next, take the infected turtle away from any water and keep it dry until its shell has healed. The only time it should get wet is when you’re cleaning the shell.

To do this, give the turtle a bath by using a mild soap and a soft brush, such as a baby toothbrush, and scrape off any dirt, algae, and damaged pieces on the outer layer of the shell plates.

3. After you’ve gently removed as much debris as you easily can, scrape out the pits. However, if you can’t easily remove them, leave them alone and try to scrape them out after the shell has dried. You should be able to remove the dried white spots with a plastic card or utensil.

4. Make sure your turtle gets at least 20 minutes of UV light a day, either with natural sunlight or with a UV lamp. Also keep the turtle’s body temperature warm enough to hasten healing as a cold animal will be less likely to heal. A heat lamp should do the trick.

5. Use a general antiseptic to disinfect the shell. Your best choice is a chlorhexidine solution instead of hydrogen peroxide, which has the tendency to damage healthy epithelial cells and slow the general healing process.

Be sure to avoid contact with the turtle’s eyes as even a mild antiseptic such as chlorhexidine can cause some irritation. An alternative is povidone-iodine, but with this antiseptic, healing may take a while longer than with chlorhexidine. Apply the antiseptic at least once daily or even a few times a day.

6. After you’ve cleaned the turtle’s shell with an antiseptic, apply a healing cream, such as silver sulfadiazine, which does require a prescription. If you’d prefer an over-the-counter alternative, you can use a triple-antibiotic cream, such as Neosporin.

Continue this treatment process for about a week. If you haven’t yet been able to remove all the white pits, continue to treat for another week. At all times, remember to give the turtle enough time in the open air as pathogens thrive in an oxygen-deprived environment.

Expert Tip: Make sure your turtle gets proper nutrition so it has the energy it needs to heal. If the animal’s body is in poor condition and it refuses to eat, try to insert a food tube into its esophagus through which you can give it both food and water (this is usually something that’s worth consulting a vet on).

When You Should Take Your Turtle To The Vet

If a week or two of home treatment doesn’t result in improvement in the condition of your turtle’s shell rot or if the condition has worsened, it’s time to take the animal to a vet.

Failure to treat professionally can cause the condition to turn into SCUD, which can prove fatal.

You should also take the turtle to a vet immediately if any pus or sticky, wet areas are present on the shell or if any red areas are visible under the plates. Such a serious infection may require anesthesia to extensively clean the areas or administer antibiotic injections.

In addition, if the turtle seems to have only a mild case of shell rot but is inactive, puffy-eyed or not eating, there could still be a severe infection. Take it to a vet in such cases as well.

In summary, if you have any questions about the severity of the infection or the turtle’s health in general, it’s always a good idea to take it to your veterinarian.

How To Prevent Shell Rot In The Future

Whether your turtle has suffered from shell rot in the past, or you want to shield your healthy turtles from the disease in the future, investing time in preventative measures makes a lot of sense.

It’s far easier to prevent future cases, and there are several measures you can take to protect your turtles from shell rot.

One of the best ways is to keep the cage and the water as clean as possible. If you’ve had problems in the past with turtle shell rot, try to clean both more frequently than you did before, and don’t forget to remove any soiled or moldy bedding.

Always provide an area out of the water where the animals can bask, ideally near a warming lamp. Finally, remove from the cage any sharp objects that could potentially damage the turtles’ shells.

Now that you have a better understanding of shell rot in turtles, it’s time for you to assess your current setup. See if there’s anything in place that might lead to shell rot in the future and fix it!

Simply taking these preventative steps and knowing what to do if you need to treat this condition will give you peace of mind.

Simply be consistent and look after your turtles. They deserve the very best! 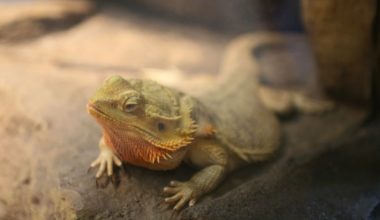 Read More
Bearded dragon brumation is something that all owners need to be familiar with. It’s a natural process that…
RResources 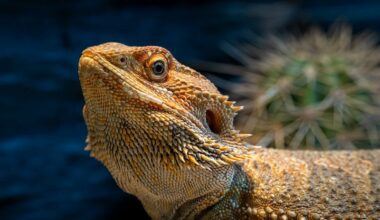 Read More
Seeing a bearded dragon with sunken eyes can be alarming, but many owners aren’t sure how to properly…