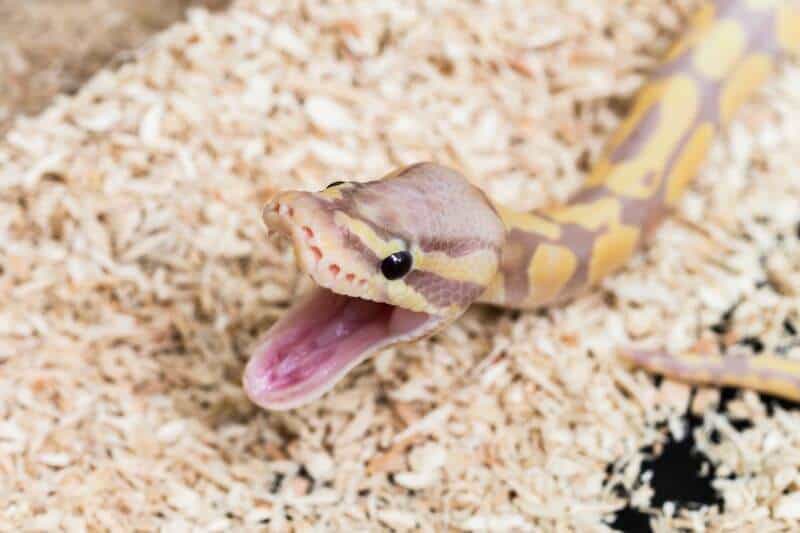 Why Do Ball Pythons Yawn & Should You Be Worried?

Seeing a ball python yawn can catch you off-guard at first. While it’s easy to imagine other pets doing this, it’s not something many expect to see from a snake!

But is this normal, or should you be worried?

This guide will teach you why ball pythons yawn, so you can make an informed decision as an owner.

Why Do Ball Pythons Yawn?

When you see your ball python yawning, it’s not the same type of yawning that you see in a more common pet, such as a dog or a cat. When a cat or a dog yawns, it’s usually a sign that the pet is sleepy. However, a ball python that yawns is doing so for very different reasons.

Seeing your ball python yawn may seem like a cause for concern, but it’s completely normal behavior and is usually nothing to worry about. There are several reasons why your ball python may be yawning, and we think that it would be a good idea to explore some of these reasons in some detail.

Your ball python, like all types of snakes, swallows its prey whole. In order to do this, it needs to open its mouth enough to encompass the entire prey. For some snakes, prey may be smaller than a mouse, but ball pythons usually consume feeder mice or rats. In the wild, however, a ball python will often go for birds and small mammals.

The jaws of a ball python are connected by ligaments and tendons, and this makes it easy to stretch and adjust the jaw in order to open the mouth wide enough to swallow its food. So what looks like yawning is only the python making adjustments to the opening of its mouth. You may see your ball python begin to yawn in this way if it thinks that it is going to eat soon.

After feeding time is over, a ball python will need to open and close its mouth, so it can readjust the jaw back to its normal state.

As an interesting side note, ball pythons don’t detach their jaws. This is a misconception that comes from not understanding the anatomy of a snake’s jaw and mouth.

Sometimes, if ball pythons feel stress after they eat, or if they’re handled too soon after eating, these snakes may decide to regurgitate its food. Regurgitation is also a good way for a python to get rid of indigestible matter that has collected in the stomach.

When your ball python regurgitates, you’ll see it open its mouth wide (similar to a yawn) in order to allow food or other stomach contents to come out. This is very common behavior and is not a reason for concern.

Your ball python could be yawning as part of the stretching process. Think about how you stretch and yawn after a nice, refreshing nap. It’s the same for your pet. When your ball python has been resting or sleeping, it’s very natural for it to want to stretch its body and jaw in order to get blood flowing and to become more alert.

Like many reptiles, your ball python collects information about its surroundings by the use of its Jacobson’s organ. This is an organ that’s located on the roof of their mouth, and it helps your snake “taste” the air in order to hunt prey, sense potential danger, or find a mate.

Whenever you see your snake’s tongue flicker, it’s using the Jacobson’s organ. Sometimes, your ball python will open its mouth as if it’s yawning, but it’s really collecting more information.

Wide, open-mouthed breathing could actually be a sign that your ball python is not feeling well. If your snake is sick and is having trouble breathing, then it may open its mouth wider in order to breathe better. If you suspect that your ball python could be sick, then it’s important to take it to the veterinarian right away.

Should You Do Anything If They Keep Yawning?

Yawning, when it’s an occasional act, is totally normal behavior for a ball python. If, on the other hand, you find that your python is yawning more often than usual, then you’ll need to spend some time investigating the potential cause.

Excessive yawning isn’t always a reason to rush to the veterinarian, but it could be cause for concern.

Look For Signs Of Illness Or Distress

If you notice that your ball python is yawning excessively, then the first thing to do is to check for signs of illness or distress. Sometimes your ball python is feeling stressed or is suffering from some kind of sickness that is making it hard to breathe. Since your snake can’t verbalize what it’s feeling, it’s important to always be aware of unusual behaviors.

Some ball python owners will try to treat an illness, such as a respiratory infection, with a home remedy. The most common one is to use steam that’s infused with eucalyptus essential oil. In most cases, this won’t do anything at all. If a ball python is showing signs of respiratory problems, then it likely needs a course of antibiotics. That’s why serious medical issues with your pet should always be handled by a veterinarian.

Is Your Ball Python Hungry?

Before you go rushing off to the vet, check to see if your ball python is hungry. These reptiles will open their mouths more frequently if they’re hungry and looking for food. They may be smelling the air for prey, or they may be waiting for you to feed them.

If your ball python is yawning out of hunger, then you will need to adjust the feeding frequency. Your python should not become too hungry, and a species-appropriate feeding schedule should be maintained at all times.

Take A Look At The Environment

One last thing to do before you contact your python’s veterinarian is to take a good look at its enclosure.

The first thing to do is to check the temperature. Is it at an appropriate level for ball pythons? Contrary to what you might think, a ball python does not require high temperatures. In fact, a temperature that is too high will cause it to yawn and show signs of distress.

Next, see what the humidity level is. In order to shed properly and maintain health, a ball python needs a humidity level of 60-80 percent during the day and 80-100 percent at night.

Does your ball python have enough water for soaking? Have you provided it with nice hiding spots and fun and safe enhancements? An enclosure that does not meet the care standards for these reptiles may cause it to feel stressed, and this can cause excessive yawning.

Always discuss any concerns you have with your pet’s veterinarian. It’s always best to have a professional assess any issues.

When To Be Concerned

As we mentioned earlier, yawning in ball pythons is almost always nothing to be worried about. However, there are times when this behavior could be the sign of something serious. Recognizing the warning signs of illness is very important, so let’s take a look at some things to watch out for.

As we mentioned earlier, wide, open-mouthed breathing is usually a sign that there is some kind of respiratory issue going on. Your ball python may be yawning more often because its nose is clogged, and it needs to breathe better.

A good way to tell if your ball python has a respiratory problem is if you hear wheezing, labored breathing, clicking or popping that accompanies the excessive yawning. You may also see lots of mucus when your snake opens its mouth.

Often, respiratory infections are caused by an unclean tank, the wrong temperature or an incorrect humidity level. It’s important to rectify these issues as soon as possible, and in most cases, your snake will need to see a vet for antibiotics.

A much more serious cause of excessive yawning is something called inclusion body disease. Even though this condition is not very common, it is very infectious and is almost always fatal.

While scientists are not sure how the virus is transmitted, it is known that inclusion body disease affects captive boa constrictors and pythons. Ball pythons that contract this disease don’t actually die of the illness itself. Instead, death is caused by secondary infections, such as Salmonella, fungal infections, or pneumonia.

Unsanitary tank conditions can lower your snake’s immune system, thereby making your python more susceptible to catching this disease from other snakes. It’s important to keep your snake’s environment very clean and to keep your snake away from other snakes that could be carrying the disease. Signs of inclusion body disease include lethargy, a swollen mouth, constipation and skin issues.

Unfortunately, there’s no cure for inclusion body disease, and many veterinarians will suggest euthanasia to prevent the suffering that comes from secondary infections.

For the most part, a ball python yawning isn’t anything to worry about. However, it’s always a good idea to know what to look for in the unlikely event that something is wrong.

If you’re uncertain and think something might be off, reach out to your vet. They’ll be able to help you assess the situation and ensure that your ball python is healthy. 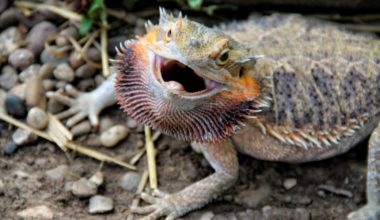 Read More
A bearded dragon bite is something that many new and prospective owners wonder about. And we totally understand…
RResources 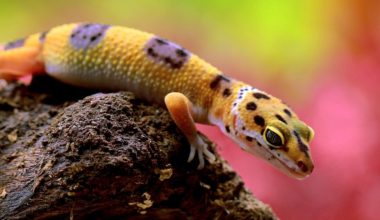