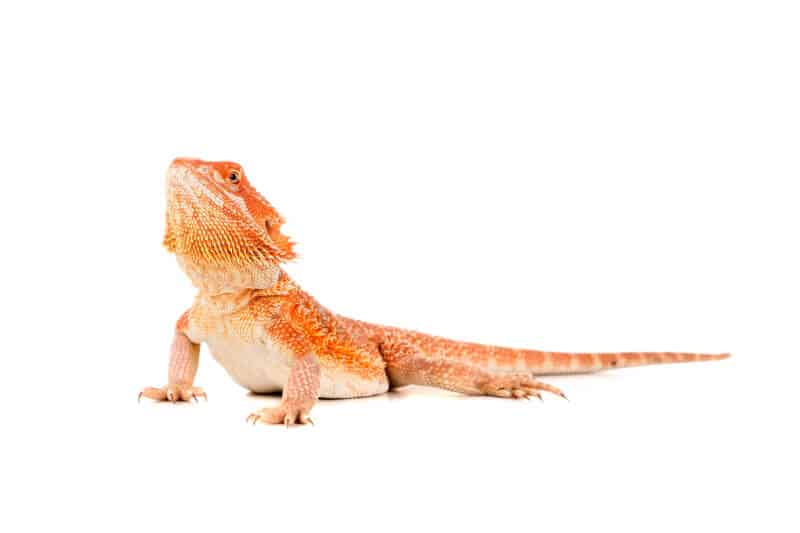 Can Bearded Dragons Drop Their Tails & Grow Them Back?

Many people have no idea if bearded dragons can drop their tails or not. And what’s worse is that even more confidently believe the wrong information!

But this guide will set the record straight.

It covers if bearded dragons drop their tails, if their tails grow back, and what you should do as an owner.

Can Bearded Dragons Drop Their Tails?

Many reptiles have the unique ability to drop their tails. It’s a defense mechanism that helps lizards escape would-be predators. The idea is that releasing the tail buys the reptile time to evade an aggressor. In some cases, it even continues moving as a distraction while the reptile makes its escape.

It’s a fascinating biological function that can be alarming at first. However, animals with this ability can regrow their tails. It takes time to recover and regenerate the appendage, but it doesn’t have much effect on the animal.

So, do bearded dragons have the ability to drop their tails?

Unfortunately, they do not.

Contrary to what you might hear, bearded dragons cannot drop their tails at will and grow them back. It’s an often-cited fact that many people get wrong. Leopard geckos and other popular species in the reptile-keeping community can do this, but bearded dragons are not one of them.

Now, that doesn’t mean that beardies are defenseless without the ability to drop their tails. They have other means to evade capture.

When presented with a threat, bearded dragons go on the offense to make themselves as intimidating as possible. That includes puffing up the body and flaring out their beard to look massive. They’ll also hiss as a warning to anything that might cause them harm.

Should a predator attack them, bearded dragons can fight back and wriggle their way to freedom. While they can’t drop their tails as a last line of defense, beardies have plenty of other tools in their arsenal.

What Can Cause Their Tails To Fall Off?

Even though bearded dragons can’t drop their tails, they can still suffer tail loss. It’s not intentional, but accidents and injuries happen (even in captivity).

Familiarizing yourself with some of the ways that bearded dragon tails fall off can help you prepare your lizard’s habitat to minimize issues and lower tail-related risks. Here are some common situations that might cause a bearded dragon to lose part of their tail.

Bites From Other Animals

A bearded dragon’s tail makes up a good portion of its overall length. Their bodies are relatively bulbous. While the tail is thick at the base, it tapers to a thin point. These reptiles often lose the tips of their tails due to bites.

Other animals can get hold of the tip, causing injury or ripping flesh off entirely.

Believe it or not, this often happens when you keep more than one bearded dragon in the same enclosure. It’s possible to house pairs together, but you have to be wary of temperament and the size of the habitat. Two males living in the same space often fight for territory.

Bearded dragons are solitary animals in the wild and captivity. They don’t live in groups and rarely mingle with others of the same species. Instead, they prefer to fend for themselves. So when you put two in the same habitat, trouble can arise.

Dominance is a big issue with beardies living together. The stronger of the bunch will exert its dominance every chance it gets, resulting in bullying, intimidation, and fights. Biting and acts of mutilation are surprisingly common.

But it’s not just other bearded dragons you need to worry about when it comes to protecting the tail. Many reptile enthusiasts treat their beardies like other household pets, allowing them to explore rooms and enjoy free time to roam outside the enclosure. That’s all well, but you have to be wary of interactions with other animals.

Cats can attack bearded dragons with great intensity. Dogs can, too. It’s possible for dogs and beardies to play together, but injuries are always possible.

Bites from a bigger animal have more force, resulting in the tail falling off.

Tail rot is another common reason for bearded dragons losing their tails. This disease can be fatal, and it’s more widespread than most reptile enthusiasts realize.

The disease is a type of bacterial infection that often comes from minor injuries. Bearded dragons can get it when their tails are slightly crushed. It is also possible after an abrasive injury or insect bite.

Bacteria invade the delicate tail, causing it to rot and fall off! It’s a dreadful disease that makes the tail shrivel up. It turns gray before transforming into this black, branch-like appendage.

Tail rot can worsen the longer you ignore it. It will continue traveling up the length of the tail, potentially causing your bearded dragon to lose the entire thing. Once the infection makes its way to the main body, it can also attack organs.

Fortunately, spotting and identifying the disease is straightforward. You can’t miss the transformation of the tail as the infection takes hold.

Get your bearded dragon to a vet as soon as possible for treatment. The longer you wait to treat tail rot, the worse it gets.

Shedding is a normal part of a bearded dragon’s life. Adults shed every few months to rid their bodies of old, gray skin.

As long as the tank’s conditions are right and your lizard is healthy, it should go off without a hitch. Most lizards get off every piece within a day or two.

However, complications can arise. Stubborn skin can stick around in difficult-to-reach spots. That includes around the legs and fingers, eyes, and tail.

So what part of shedding causes a bearded dragon to lose its tail?

When leftover skin stays on the skin, it continues to dry out. As it dries, the skin shrinks and tightens around the already delicate appendage. Before long, it constricts blood flow.

Without blood flowing through every inch of the tail, it starts to die off. The result is similar to tail rot; it turns gray and black before falling off entirely.

Always keep an eye on your bearded dragon’s progress as they shed. If they have leftover bits at the end of two days, you should take action. Giving your lizard a warm bath and misting them can encourage some of that stubborn skin to slough off.

Does your bearded dragon’s tank have many precariously positioned decorations? Those items are great for enrichment, but you need to secure them to avoid injury.

Falling rocks, tumbling branches, and other heavy objects can fall onto your lizard’s tail. When that happens, their risk of tail rot increases significantly. Furthermore, the weight of the object could pin them down and prevent them from getting free.

That only causes the stress to mount. Your bearded dragon might panic and wriggle with such force that the tail snaps off.

Another thing to be wary of is slammed doors. If you’re using a vivarium with front-facing glass doors, you must ensure that your bearded dragon’s tail is not in the way when closing them. Pinched tails often experience tail rot. With enough force, it could fall off.

Do Bearded Dragon Tails Grow Back?

We already know that bearded dragons can’t drop their tails at will. But what about regrowth? Will a bearded dragon’s injured tail grow back?

Unfortunately, it does not. This reptile species does not have the same regenerative capabilities as others. Therefore, tails that fall off due to injury stay that way.

The tail will likely heal over time, developing a stump-like profile. However, it won’t get any longer. That’s why it’s crucial to take safety measures and avoid dangerous situations that cause tail loss.

If your bearded dragon’s tail falls off, there’s nothing you can do to regrow it. But it would be best if you took action to avoid further complications.

It doesn’t matter what type of injury led to your pet’s tail loss. Any damage puts your beardie at risk of infection.

Assess the situation and look at the injury closely. If only the tip was removed, you shouldn’t see much blood. However, injuries closer to the base of the tail may gush blood. It can also reveal bones.

Tails aren’t empty appendages. They’re full of blood vessels, nerves, ligaments, and supportive tissue. Bleeding is likely to occur regardless of what happened.

Take a piece of clean gauze to collect any blood. If there’s considerable bleeding, wrap the injury with gauze and apply light pressure. This move can help stop the bleeding.

Be mindful of your bearded dragon’s behavior while you do all of this. There’s a good chance that they’re in considerable pain. They may attempt to get away from you. Be gentle and do what you can to make your lizard comfortable.

Once the bleeding stops, take your bearded dragon to a vet as soon as possible. A vet will assess the injury and provide suitable treatment to promote healing and keep infection at bay.

Now that you know the truth about bearded dragons dropping their tails and their inability to grow them back, keep this in mind if you’re an owner. This information will help you keep your pet healthy and protected from injury!

If there’s anything in this guide that you’d like clarification on, send over your question! 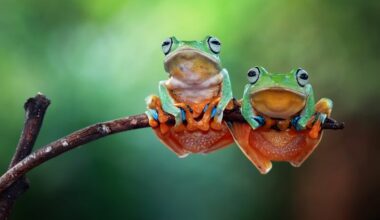 Read More
Deciding on a good frog name is something that many owners have trouble with. They want to come…
RResources 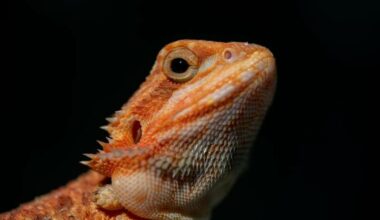 Read More
Mites on bearded dragons can be incredibly frustrating for both you and your pet. But unfortunately, many owners…